The “Careul de asi” Gala that ProTv will broadcast under the “Champion Night” genre is announced as one of the most attractive boxing meetings organized in Romania after the Revolution due to the value of the majority of professional boxers who will climb the ring installed in the “Globus” Circus in Capital.

“The Bomber” Viorel Simion will cross gloves with Alexander Miskirtchian for the vacant IBF intercontinental title in the feather category. At the age of 30 Miskirtchian, born in Tbilisi (Georgia), but established in Belgium where he also made his professional debut, is not an unknown  pugilist. In 2011 he became European champion after defeating the Frenchman Sofiane Takoucht, and in 2014 he fought in Macau for the IBF World Title with the owner of the diamond belt at that time, Evgeny Gradovich, a Russian established in California, losing at the points !! ! Meanwhile, the belt reached the Englishman Lee Selby, the only boxer who beat Simion at points after a very close dispute.

Who will win on March 18 in the Simion – Miskirtchian match will in the future be able to issue claims at a match with Selby. So, here’s what the big stake is in the main event of the gala!

Heavy Bogdan Dinu, unbeaten in 14 meetings, will not have an easy mission in front of Marino Goles, nicknamed “Croatia’s Beast”! The ex-Yugoslav, at 35, is an experienced boxer, very tough, with 25 matches played, 20 wins out of which 18 obtained before the limit !!! He has boxed in many European countries (France, Germany, Scotland, Switzerland), so he is used to the matches played “away”. It is the first match of 2016 for Goles, after last year played 7 matches !!!

Nor will Cristi “Hammer” Ciocan have an easy opponent! The British Michael Sprott is 41 years old, but in the 67 (!!!) matches played he had as opponents “heavy” heavy category names: Danny Williams, Ruslan Chagaev, Audley Harrison, Kubrat Pulev, Alexander Ustinov. After last year in Galati, Ciocan took serious use with Sherman Williams (43), the Bermuda Islands, very resistant to kicks, will now face another veteran “hard to kill”!

At the gala will also evolve two young pugilists of the future, both aged 22, the Canadian David Theroux (super category, 9 wins, 1 defeat) and the Swedish Adrian Granat, 24, who is undefeated in 11 meetings.

Three Romanian youngsters at the beginning of the road in professional boxing will also climb the ring: Daniel Buciuc, Daniel Badulescu and Eronim Aradoaie. If they will have convincing evolutions and will benefit from the chance to be present in a gala of such caliber, they will be “selected” for the next meetings.

Cezar Juratoni will only play his fourth career match, after three victories, in the company of the Hungarian Hungarian Farkas Gabor. Cezar trained hard at Campulung Muscel with Mircea Simon who has only words of praise to him. And Simon knows what he is talking about… Let us not forget that Mircea only had 27 seconds left to defeat the famous Teofilo Stevenson in the heavyweight category final in Montreal in 1976. who switched to professionalism in the USA, playing 14 matches (12 wins, 2 equal matches!). After returning to the country, he became a respected technician, being, at the same time, a true philosopher of noble art … The presence in the hall of Mircea Simon, with a past of gold and amateurs and professionals, is a another attraction of the gala on March 18th! 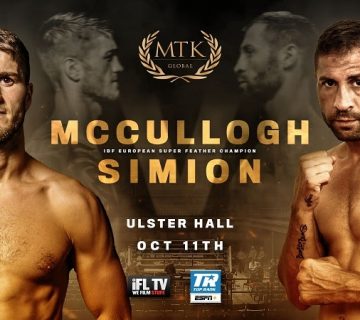 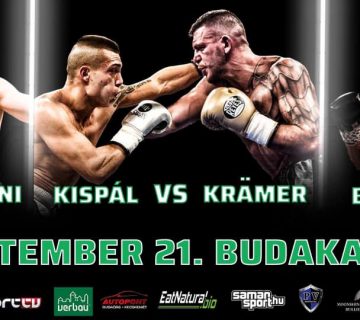